What GenX Women Can Teach Us About Pursuing Our Dreams

In the United States, Women-owned businesses generate over $1.9 trillion a year. And Generation X Women, the smallest generation by number, are dancing their way to middle age, bringing a unique skill set with them that no other generation has—blended innovation.

During their youth, GenXers went from an entirely analog world of corded wall phones and playing outside to the brave new wireless world of cellphones and virtual reality goggles we live in today.

Young GenXers, specifically girls, grew up caring for themselves and their siblings after school and before their parents arrived home.

The Women of Generation X had responsibility thrust upon them early on and because of that, they’ve developed a strong entrepreneurial spirit. Nevertheless, they still found time to have fun. Naturally, they want this same balance of work and play in their adult life as well.

The women of Generation X may have gotten older, but they haven’t aged, at least not to the degree as their parents and grandparents. Nor are they ready to grow up quite yet.

You’re just as likely to find GenXer on the newest social platforms right alongside their GenY kids, learning the latest dances, telling stories about ‘the times before’, and teaching anyone who wants to learn how to leverage technology to create a business.

What Do GenX Women Want Now

GenX Women Are Slowly Walking Away

While Millennials and GenZers are leaving the traditional workforce in droves to pursue 100% workplace autonomy, GenX women whose children are growing up and almost out of the house are not far behind joining in The Great Resignation.

Those who still have kids at home are less likely to jump ship just yet, but many have begun side hustles to fund their future passions. GenX Women are putting themselves first, for once, and are ready to build a life out of all the things they want and nothing they don’t.

GenX women will not be sold or bullied into buying things that won’t benefit their family’s quality of life.

Being a material girl is no longer the priority it was during the decade of greed. In this time of minimalism, they’ve realized that there are better ways to live with far less and put those savings into smart investments and experiences, not things.

So, it’s not surprising that an increasing number of Gen X Women who have realized their mistake of buying in excess are now dumping their timeshares. Nobody is going to tell them when, how, or where they can go anymore!

Legitimate timeshares exit companies can help people cancel their contracts permanently, freeing them from the burden of an outdated dream. You can find a review of Seaside Consulting Group here. They are one of the good companies in the industry.

The Gift of Candor

We are so much better when we’re (b)older! For so long, women were told what they should or shouldn’t say in polite company. As time marches on, the women of Generation X encourage each other to speak truth into power, admit mistakes, and to expand and share our information sources.

As GenX Women cross the line into middle-age, they define what it means to be honest— with themselves and each other. It’s okay to share real-life experiences with others in a way that teaches them how to live their best lives too.

Advice from a GenX Woman

Somewhere in the back of their minds, GenXers never really thought they’d grow older. Yet here they are approaching 50 and still blazing onto the newest innovations. The Women of Generation X continue to make a substantial, positive dent in this world, and they’re far from done.

How to Find the Best Doctor for Holistic Health Issues

How 2020 Has Influenced a New Class of ‘Pandemic Founders’ 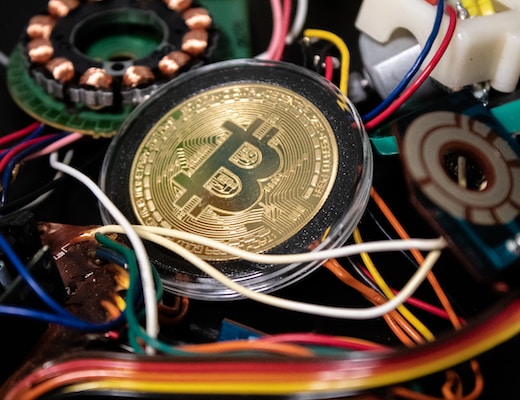 The Latest Trends You Need to Know About Cryptocurrencies